After four decades, Ramon Orlina’s brilliance in glass artistry has gone through the fire and has broken the limits of international acclaim. Like most compelling success stories, his artistic journey was born out of adversity and his genius was the glimpse of opportunity in challenging times.

Orlina had a flourishing career as an architect when martial law was declared in the country. His patrons fled the country or saw reversals of fortune when their businesses were stopped or usurped. Due to the waning projects, he turned to painting on mirrors and as fate would have it, the first exhibit was a sell out.

The exhibit caught the eye of Victor Lim of Republic Glass, who, wanting to develop new ways with his product, offered to send Orlina overseas to learn more about glass art. The artist opted to study the production process in the factory and discovered the cullets which are fragments of the glass block that remains in the furnace after 7 to10 years of continuous firing.

From those cullets, Orlina created his famous green glass sculptures that have regaled collectors from all over the world. His first commissioned mural called Arcanum at the Silahis Hotel was shown to visiting Czechoslovakians who were amazed at finding glass art of that magnitude outside of their country. The Czechkoslovakian Embassy gave Orlina a tour to meet the various Czech artists acknowledged as masters in glass art.

At his new exhibit Brilliance, which runs until June 24 at the Powerplant Mall, Rockwell, Orlina mounts his most colorful exhibit using crystals in amber, amethyst, cobalt and white alongside the original emerald glass. The exhibit opens on Independence Day and features nationalistic pieces such as “Steps to Liberty, Unity, Harmony, Pagkakaisa and Alliance.”

Works that honor Father’s Day can be seen in “Daddy’s Girl, Close to Father, A Father’s Inspiration.” Personal favorites are the horizontal pieces called Unity carved from amber crystal and the dynamic Green Earth cast in verdant glass.

Beyond, devoted wife Lay Ann Orlina sees the future of glass art in fire and furnace to shape new obras of molten lumina to differentiate from Orlina’s genre of hand sculpting. Students of Orlina will have to turn to glass blowing, rolling and shaping using heat and fire to define themselves and their works. The romance with glass burns bright with infinite possibilities. 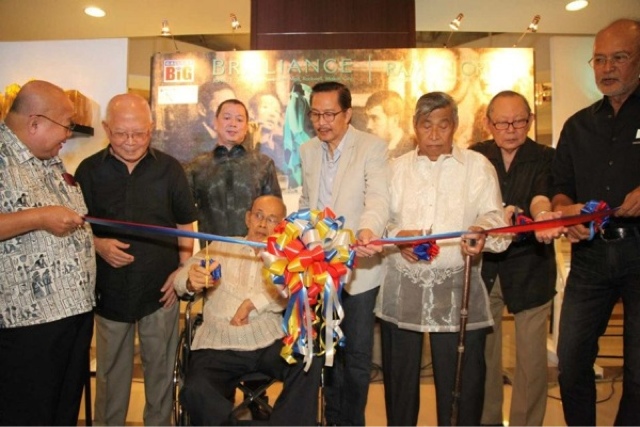 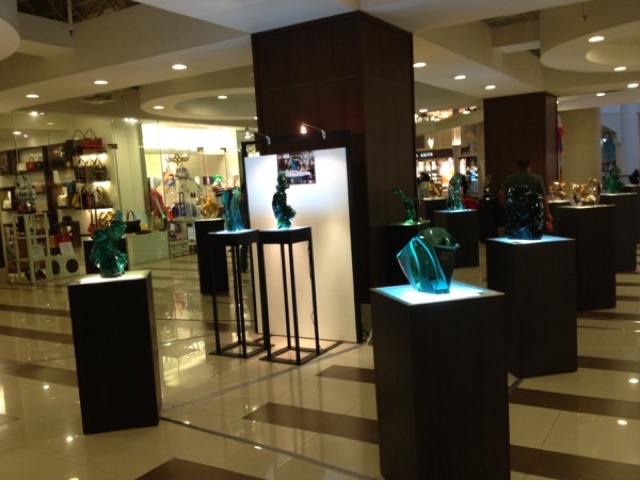 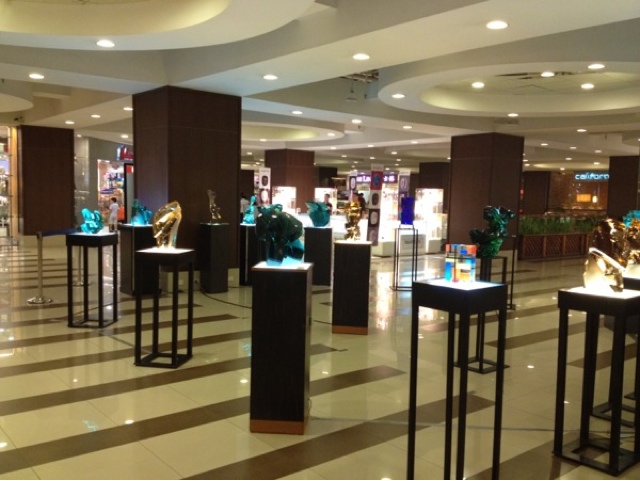 A Weekend of heARTs